What drives people to plan a walking holiday? This is the question I ask myself each time I go to the meeting place with the participants of a scheduled trek. Generally, these treks have a duration between 5 and 7 days and a length between 80 and 100 km, extending between Abruzzo and Molise, along paths and ancient tracks full of charm.

I find the answer, or rather the answers, along the route, when everyone relaxes and reclaims their own time, in the slowness of the hours that as we walk through passes, valleys, villages, and over friendly dinners.

We can decide to undertake a journey to unplug from an increasingly overwhelming daily routine, made up of queues, appointments, shifts, joints that most often prevent us from stopping or at least slowing down.

We set off to discover remote places, where time passes slowly, where even the entering an old grocery store can become a moment of discovery of the territory we are in and understand how much the memory of the place is still alive. A place where residents are proud of descending from an ancient and proud population who lived there over 2000 years before and that Rome itself found difficult to conquer: the Pentri Samnites.

We set off and start walking to fully experience the wild side of nature among rugged mountains or to cross gentle green slopes, slowly bending southwards, through a hilly system scattered with villages that are perched on outcropping crags, as sentries guarding their way.

Between Abruzzo and Molise, there are many possibilities for those who choose to spend a walking holiday in Italy and restore their spirit, letting themselves be amazed at every step in places where time seems to have stopped and where nature offers glimpses of enchantment.

Walking in Italy between Abruzzo and Molise
​​​​​​​
Those who choose to walk in Abruzzo or in nearby Molise are only spoiled for choice among routes with different souls and stories, but all equally fascinating.


Cammino dei Briganti (“Brigands’ route”) – 100 km – difficulty: medium
A loop route extending in remote places and natural parks between Marsica and Cicolano, between the Italian regions of Abruzzo and Lazio. We will walk among villages that evoke Dantesque echoes and unspoiled landscapes, along a route between 800 and 1300 m of altitude.

Cammino de Sanniti (“Samnites’ Route) – 81 km – difficulty: easy/medium
An all Molise trek dedicated to the discovery of places and historical testimonies of the ancient Samnite people. It is a route that winds through the heart of the Apennines, between 700 and 1400 m above sea level.

Cammino del Parco nel Parco Nazionale d’Abruzzo, Lazio e Molise (“The National  Park’s Route”)– 61 km – difficulty: medium
This route unfolds in the heart of Italy's oldest protected area, a kingdom of bears and chamois. Wild landscapes that however retain a trace of a rich past, with archaeological sites and ancient villages.


These itineraries develop along the ancient routes of transhumance, or along the sheep tracks, the millenary grassy roads that connected the pastures of the Abruzzi and Molise mountains with the Tavoliere delle Puglie.

Pescasseroli – Candela – 83 km – difficulty: easy/medium
It winds along one of the oldest transhumance routes, active since the 4th century BC. This ancient history is witnessed in the old town of Saepinum (Sepino), point of arrival of our trek.

Lucera – Castel di Sangro – 80 km – difficulty: medium
A trek in the heart of ancient Sannio. This route also allows you to immerse yourself in an ever-changing nature, from the Molise hills to the Abruzzo mountains.

Celano – Foggia – 200 km – difficulty:  medium
it is the second tratturo (sheep track) by length of southern Italy, with a demanding development across three regions (Abruzzo, Molise, Puglia). This is perhaps the wildest of the recommended treks, because it crosses less inhabited areas than the others suggested in this list. 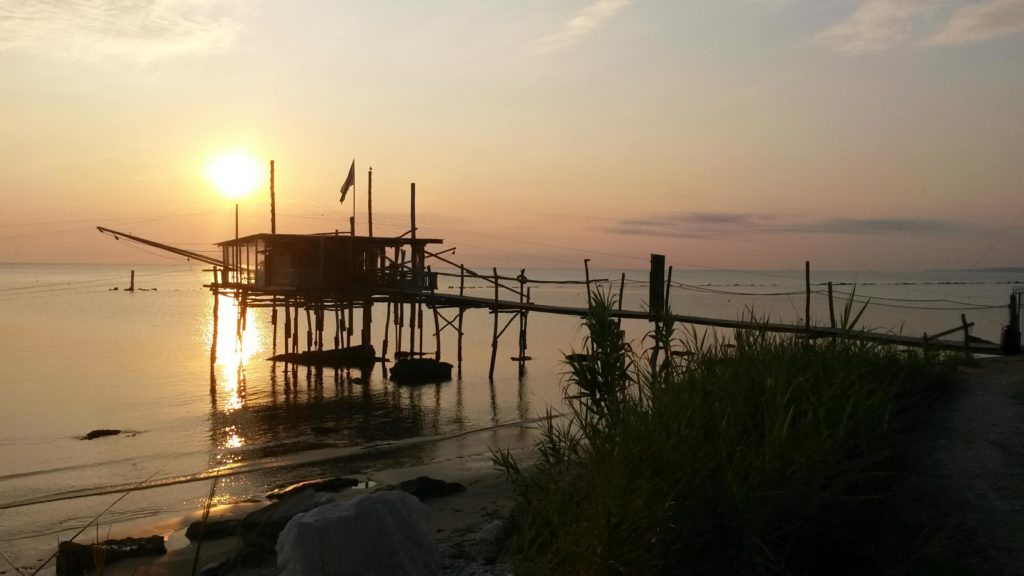 From the Costa dei Trabocchi to the Tremiti Islands along part of the Tratturo del Re– 69 km – difficulty: easy
a journey between L'Aquila and Foggia, slow and really suitable for everyone, always poised between sea and land. This route allows you to rediscover both the traditions related to pastoralism, and the customs of the fishing world, thanks to the trabocchi (old fishing system) that dot the route.


Routes of the spirit


Last but not least, there are the routes of the spirit, itineraries that touch places with a particularly spiritual meaning.

Cammino di Celestino, il Papa del gran rifiuto (“Pope Celestino V’s Routes) – 80 km – difficulty:  easy/medium
the itinerary follows the route of the royal procession that in 1294 accompanied the monk Pietro Angeleri from his hermitage on Mount Morrone, near Sulmona, to L'Aquila, where he would be named Pope. Along the trek, in the Aterno valley, we will meet different sacred and suggestive places.

Cammino degli Eremi della Val Roveto (“Hermitage Route”) – 93 km – difficulty: medium/ difficult
the route, marked by a red VE, winds between Abruzzo and Lazio, in an area of wild beauty, rich in woods, prairies, waterfalls and springs. It is recommended only for experienced walkers, used to hiking in uncontaminated areas, where urban centers are rare.

Sentiero dello Spirito (“Route of the Spirit”)  – 73 km – difficulty: difficult
this long-distance hike traces a thread among the numerous hermitages of the Majella, many of them founded by the same Celestine V before ascending to the papal throne and for this reason called Celestinian hermitages. Some stages of the itinerary are particularly demanding for steepness and elevation gain: for this reason, the hike is recommended for experienced and well-trained hikers.

These are the ten long-distance hiking trails in central Italy really not to be missed, if you are looking for an unusual holiday but able to leave indelible memories and emotions. The routes in Abruzzo and Molise, Italy’s wild hearth, will really leave you speechless! 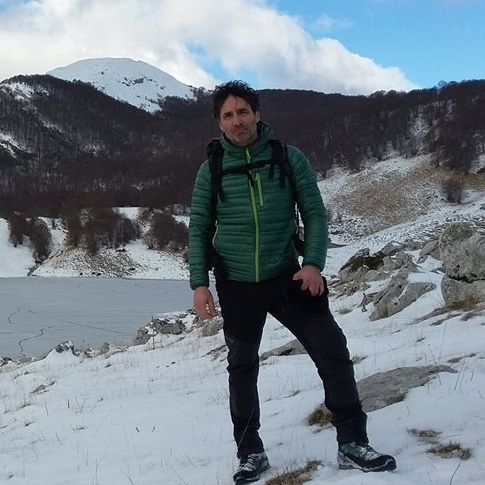 ​​​​​​​Simone Barletta is Medium Mountain Guide and Hiking Teacher registered with the Abruzzo Alpine Guides College, accredited operator of the Autonomous National Park of Abruzzo, Lazio and Molise for environmental education and Nordic Walking instructor. He personally takes care of Atropa Trekking activities with a lot of passion. 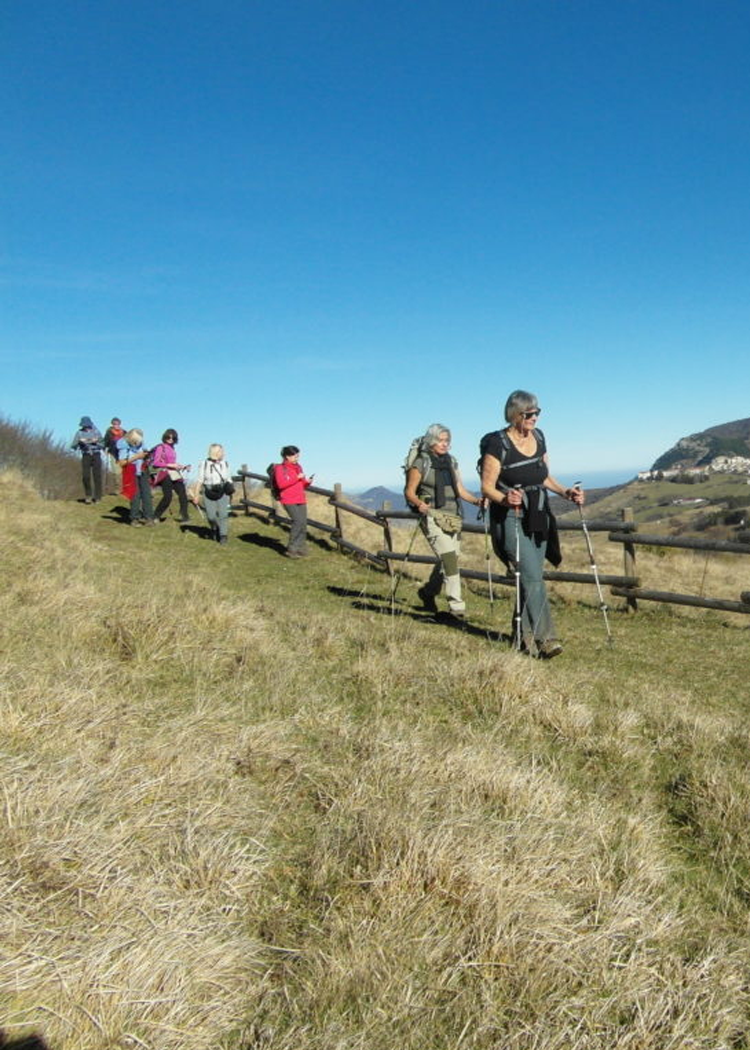